Good question! Quite a lot actually … In fact, so much so that I never had enough time to document it at the time. Much of the second half of 2017 was taken up with planning and then accomplishing the reassignment of no less than three rooms in the house … all at once!

One of these rooms was my radio-room. Essentially, I had out-grown the small room at the top of the stairs, to the extent that I had stuff over-flowing onto the landing and into the ‘spare’ room, AND under the stairs. So the plan we came up with was as follows …

The radio-room became my wife’s art studio, the studio became the master-bedroom and the bedroom became the radio-room/workshop. This was one serious task which began with new UPVC windows being fitted in all three rooms. Taking the old radio-room apart and transplanting it downstairs was a monumental job. I could show you the photographs that we took at the time but I think I will cut straight to the end. 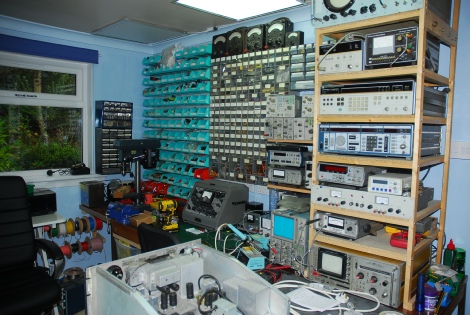 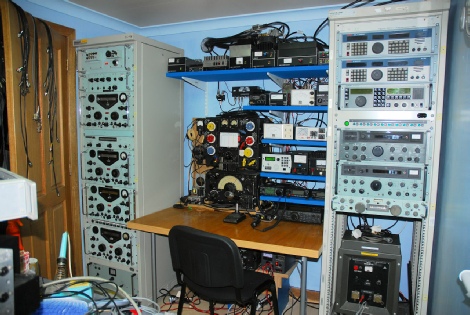 Two views of the transplanted radio-room/workshop.


I managed to get my hands on a couple of surplus full-height 19” racks which has allowed me to display my Racal radios properly. The new ‘operating position’ arrangement also makes it possible to have my T1154/R1155 setup in a position where it can be easily operated.

Due to the slightly lower ceiling in this room, wall-mounted up-lighters had originally been fitted. This was not going to be suitable in a workshop environment, so I installed LED ceiling panels which give an incredible amount of light … but that, I discovered comes with a price.