3 minute read
This post is part of the series 'The Racal 3700 Series':

The TA3762 linear amplifier, designed for use with drive units in the MA3750 series, provides a nominal 250W RF output over the frequency range 1.5MHz to 40MHz. It is suitable for continuous output at full power in speech, data and CW applications. The amplifier is capable of directly driving wideband antennas of up to 3:1 VSWR without a matching unit. Protection circuits are incorporated which prevent damage to the equipment under external fault conditions.

Using external MA3772 combiner units, up to four TA3762 amplifiers may be configured to provide increased power outputs of 500W or 1KW.

The rear of the TA3762 250W linear amplifier couldn't be simpler. The two fans serve to cool the large Switch-Mode PSU. Connections are minimal. RF IN, RF OUT, ASCII link to Drive Unit and the TX Interlock connector. 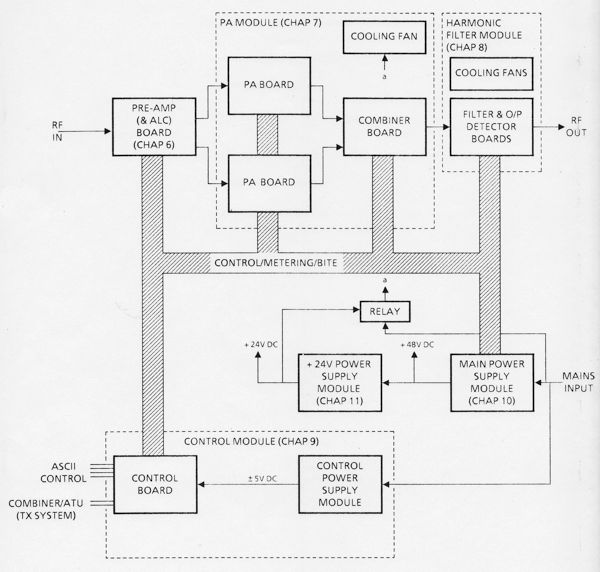 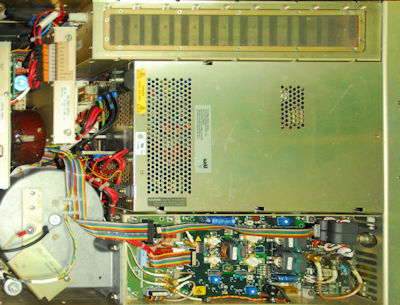 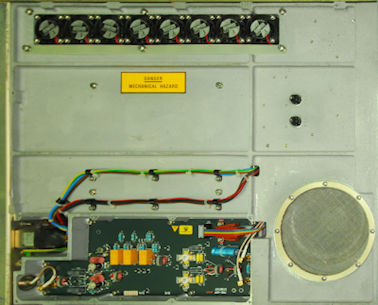 
Aside from the fact that the TA3762 has its own integral power supply (the large box in the centre) it is not too different from my own home-brew 300W linear amplifier in that it embodies a PA module and a Filter Module. The real difference lies in the multiple layers of BITE and protection ... AND the fact that the TA3762 is designed to run continuously! So what's under the lid?


I was amused to see that the first stage in the Driver Pre-Amp is a pair of 2N3866s ... a device more commonly associated with low power VHF/UHF amplifiers from the early 1970s! This is followed by a programmable attenuator (the three relays and twelve resistors in the centre of the board). There is also a continuously variable PIN-diode attenuator on the input to the 2N3866s. The output stage is a pair of BLF175 N-channel MOSFETs in class-A.


The PA module consists of two identical 150W amplifiers, a power combiner and an interface board. Each amplifier comprises a pair of BLF175s in class-A driving a pair of BLF177 N-channel MOSFETs in class-B. Each BLF177 is rated at 220W total power dissipation. Multiply this by four and you get almost 900W! Taking the overall efficiency of the system into consideration it is clear that none of the amplifying devices are operating close to their maximum limits ... hence why Racal could claim that this PA could run full power all day. The use of stages biased for class-A and class-B ensures linearity.