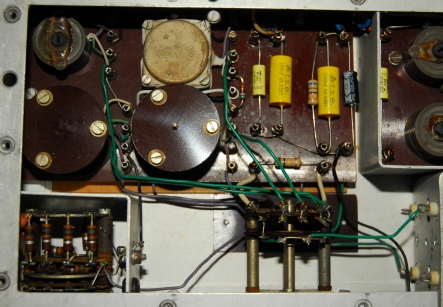 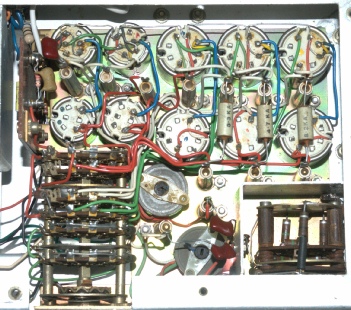 
As well as the obviously far simpler circuitry and the lack of a tuning scale, the RA37A preselector ranges differ significantly thus …

As well as have only 5 ranges as opposed to the 137A’s 8, the RA37A also tunes ‘backwards’ … i.e. turning the preselector knob clockwise actually decreases the tuned frequency.

The RA37A Harmonic Generator is identical to that in the RA137A. 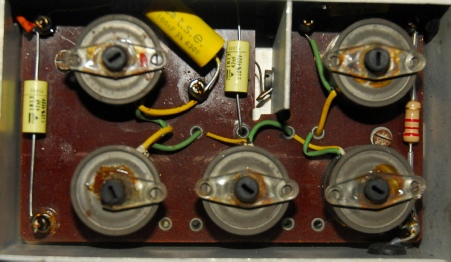 Left: the 1MHz Low Pass Filter is also identical. The 100nF capacitor is a safety modification designed to protect the inductors in the event of one of the ceramic capacitors going short-circuit. 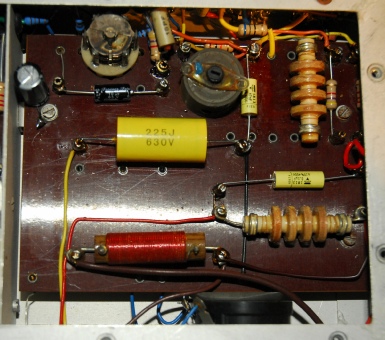 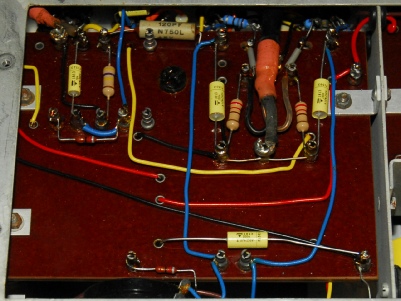 Upper and Lower sides of the Double Balanced Mixer.


This board and accompanying circuitry: Double Balanced Mixer, Output Amplifier and 150V Stabiliser, is identical to that in the RA137A. 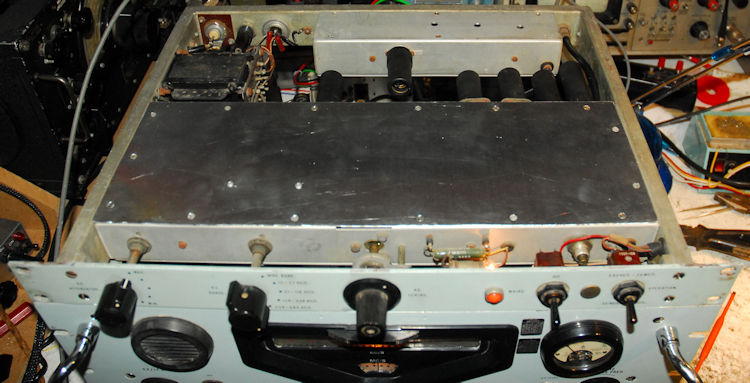 In the RA37A, the top and bottom main covers are essentially identical.
RA137
« previous
next »