From time to time I do a series of searches on Ebay. One of these is for Racal items, more out of curiosity than anything else these days. The other day, I did my usual search and was momentarily stunned by what came up under Racal. My search had turned up a Racal MA.259 5MHz Reference Oscillator/PSU on a ‘Buy-It-Now’ of a mere £25.00. I looked at it and thought “I’ve seen these go for at least ten times that”, so I wasted no time and clicked on ‘Buy’. I would worry about whether it worked or not later. Due to teething troubles with the courier, it was almost a full week before it arrived. It was shipped in a very large box and was even wrapped in cling-film for added protection. It was actually quite grubby, with evidence that it had been in storage for some time. Unlike other Racal kit of this vintage, the original mains connector was a 5-pin Plessey connector. The cable had been cut from this and a 13A plug attached to the flying lead. I plugged it in to the mains and switched it on and BINGO! It actually worked. In fact the only thing that didn’t work was the battery pack ... But then there was a distinct possibility that the batteries might be over 40 years old!

I managed to get a copy of the MA.259 manual from Henk, PA8PDP. However, this is dated 1966 and I suspected that my MA.259 was older than that since the front panel arrangement in the manual, notably around the Oscillator controls are not the same as mine. So I concluded that my one was an early one. I then learned from Dan AC6AO/G3NCR that the MA.259 was actually a modified and re-badged Sulzer SUL2.5, a 2.5MHz oscillator with 1MHz and 100KHz outputs from the early 1960s


Note how on the MA.259G, the three BNC outputs are downwards facing as opposed to facing forward on the SUL2.5. There are also slight differences relating to the PSU control panel.The obvious differences is that the PSU and Oscillator control panels are swapped over; but apart from that, the units are more or less electrically identical.

Happy that my purchase actually worked, I set about cleaning it up. I removed the PSU and Oscillator cylinders and began to clean up the chassis. It was only then that I noticed the Serial Number Plate. How I missed this before, I DO NOT KNOW!

The label speaks for itself. What I had bought for only £25.00 plus £9.00 shipping turns out to be not just an early MA.259 as previously suspected, but the first production MA.259 ... Serial Number N1


I dismantled the PSU module and discarded the 21 leaking NiCad batteries which did in fact date back to the 1970s or before. I then simply soldered 2 x 11V Zener diodes in place of the battery pack and verified that the output voltage was indeed 22V. Satisfied that the PSU was working, I reassembled it but not before replacing the sorry looking main smoothing capacitor. The Racal badge is my own addition ... A paper copy of the badge on the front of my MK2 RA17. 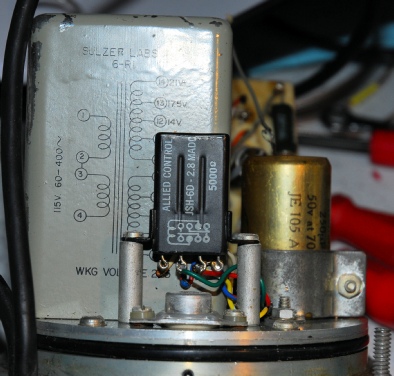 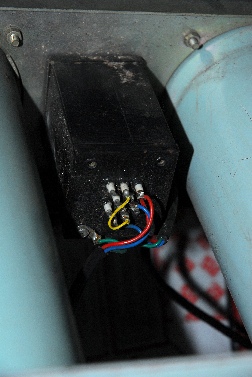 
The MA.259G manual makes reference to a Mains-Voltage Selector. ‘Serial Number 1’ does not have such a luxury, instead a simple step-down transformer is mounted between the PSU and Oscillator cylinders. 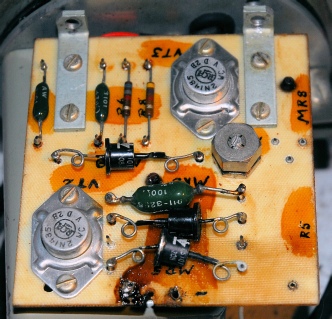 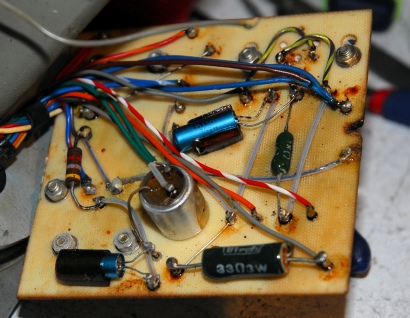 Two views of the PSU board

The photograph on the left shows MA.259 Ser. No. N1 installed at the top of my rack of Racal receivers. (the item immediately below it is an Adret Signal Generator) Ultimately I intend to use it as per it’s original use on board RN Warships, that is, to supply the 1MHz reference to appropriate Racal receivers such as the RA17 and RA117.
Sulzer
« previous
next »